When admiring the charming attributes Vilnius offers, it is not hard to understand why empires fought incessantly to win this captivating city, torn apart for centuries by conquering rulers. Today, the capital of Lithuania has become a prestigious city which was selected as a European Capital of Culture in 2009 and Vilnius vacation(s) have become increasingly attractive.

Vilnius Old Town is the center for most historical monuments in the city; well preserved, this entire venue was classed as a UNESCO World Heritage Site. The houses in this sector are very colorful and possess a Nordic European style easily noticeable.  Two of the many churches in the city can be seen here: the St. Anne’s Church, a unusual gothic red brick edifice with many spikes and crosses, and  close by, the Church of St. Francis which is longer, quite similar in color, and has a traditional, gothic style along with traits of renaissance and baroque architecture. 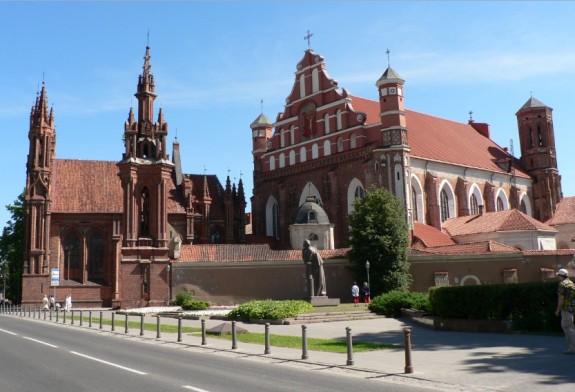 Christianity holds great importance in Vilnius history; this can be seen by the number and variety of churches in the capital, but also by another significant monument – the Three Crosses of Vilnius. This display of three large wooden crosses was first built in the 16th century.  In 1869 it collapsed, and the tsarist authorities forbade its reconstruction, much to the chagrin of the Lithuanians. It was only in 1916 that they were finally able to restore the treasured crosses. The story doesn’t end there, but continues with the Three Crosses being destroyed in 1950, by the Soviet Government. This could have been the end, but the people of Vilnius are not easily dissuaded, and their love for this tribute ultimately led to the reconstruction of the Three Crosses, which can still be seen today, overlooking all of Vilnius from a hilltop.

Vilnius holidays are especially enticing during summer when the beautiful green trees, flourishing and present everywhere throughout the city, can be seen. In addition, there are some very appealing events which draw travelers all year long, one of them happens  on March 4th called the Kaziukas Fair– a large craft fair and folk arts festival that dates back to the 17th century. Inexpensive Vilnius flights can be booked from some cities in Europe, such as Paris, for as little as 155€.

Hotels in Vilnius Lithuania are available at cheap prices and close to town. The Ambassador Hotel is one of them and proposes clean, attractive rooms in the center of Vilnius for prices which start from 30€. The prestigious 4 star Artis Hotel Vilnius is situated in the renowned Old Town and has both an alluring exterior and  elegant rooms with prices beginning at 220€. 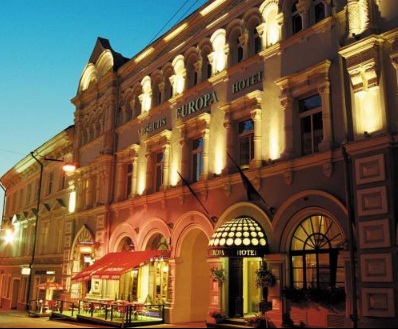 An astonishing fact in the history of Vilnius is how it fluctuated back and forth from being independent to being part of a Commonwealth with Poland, to being part of the Soviet Union, and now it is the amazing Capital of an independent country. Events occurred and re-occurred in the country for years, with independence being constantly sought after, which required a great amount of patience on the part of the Lithuanian people before they could attain their goal. Vilnius is a wonderful city where culture, historical monuments and the modern day boom has united together to provide for its visitors a taste of a mysterious past, enthralling present, and attractive future of this very special community.

One Reply to “Back and Forth and Finally at its Place, Vilnius Lithuania”