When traveling to Eastern Europe, one can’t help but notice the impressive number of monuments that have been built in honor of Christianity. Kiev does not escape this rule; the city has a large number of world famous churches, cathedrals and monasteries. If you are interested in Eastern European history then Kiev travel is almost an obligation.  One of the oldest cities in Eastern Europe, it greatly contributed to the development of medieval East Slavic civilization.

The importance of Kiev is apparent by its manifold museums, numbering over 60. The national Art Museum represents the important artistic attributes of Kiev, as it contains masterpieces of antiquity as well as astonishing works of modern-day artists.

The Museum of the Great Patriotic War may sound a little intimidating, but in reality, this incredible memorial complex includes 10 Hectares, (about 24 acres) with 300,000 exhibits, visible in the picturesque outskirts of the Perchersk district in Kiev. The most remarkable structure is the grandiose Mother Motherland Statue, which stands 62 meters tall on top of the museum, a landmark of Kiev, with its stature holding a sword and shield high using its two hands. This memorial park embodies many statues, each artistically carved, and illustrates brave men charging fearlessly into battle and defending their homeland. 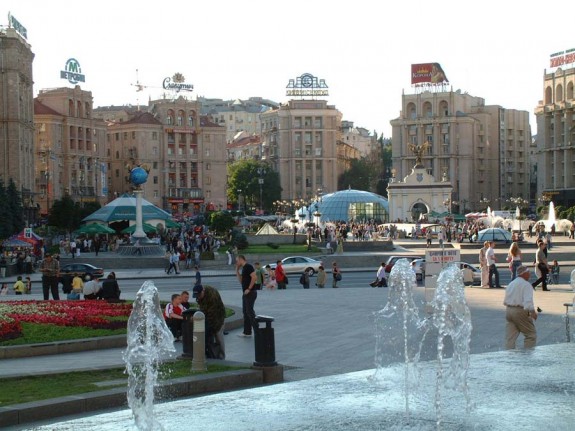 Kiev played a major role in how Russia became Christian as Vladimir the Great baptized his family and people in Kiev, around 980, making it one of the first centers of Christianity. The Kiev Monastery of the Caves is very large and composed of many buildings easily recognizable by their green rooftops and golden domed towers which always end with the Christian cross – the Great Lavra Belltower situated in the Monastery is an inescapable monument in Kiev’s skyline. The monastery is inscribed as a UNESCO World Heritage Site and is one of the most famous attractions in the city.

Another known Christian monument of Kiev, is the Saint Sophia Cathedra — a magnificent structure and outstanding architectural accomplishment. The Ukrainian Orthodox touch can be seen in its majestic green and golden colored domes.  It is listed, along with the Monastery, in the Seven Wonders of Ukraine which were decided upon in a national contest, when experts and internet users alike voted for their favorite sights on an official website.

There are a great number of accommodation possibilities in the capital. Apartments in Kiev are ideal for prolonged vacations and those seeking autonomy in the same manner car renting is also ideal, opening doors for touring to see other wonders of Ukraine. Kiev flats provide a less expensive alternative to apartments, while still maintaining the freedom necessary for longer stays. 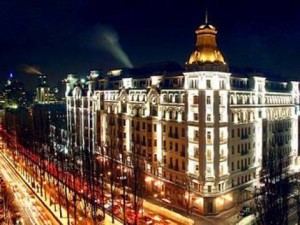 Traditional accommodations amid hotels in Kiev are readily available. A cheap hotel is the Bratislava Hotel, located in a tranquil neighborhood by the Darnitskaya Metro Station, 7 minutes away from the St. Sophia Cathedral. Rates here start at $59. For prestigious lodging the five stars Hyatt Regency Hotel offers excellent possibilities in the center of Kiev, perfect for shopping, dining and entertainment. Prices begin at $407.

Kiev is known for the great number of trees which pleasantly decorate the capital.  Two beautiful botanical parks offer enjoyable promenade opportunities. Although ancient Christian structures are abundant in the city, modernism is also present – a lively nightlife with clubs, bars and restaurants is another appealing side of Kiev.

One Reply to “Kiev: Tough History soften by Beautiful Christianity”