Being a major industrial and cultural country, Kuwait, is a sovereign Arab nation, which prizes itself over its meticulous development and contribution to the world, over the years. Bordered by Saudi Arabia at Khafji, which is towards its southern region, and Iraq at Basra, which is in the direction of the northern side, Kuwait, exists towards the northwestern shore of the Persian Gulf. Interestingly, Kuwait gets its name from an Arabic word called Akwat, which means fortress built near water. Covering an area of about 17,820 square kilometres, Kuwait, is the hub for cultural and business development. Many years ago, Kuwait was the site of Characene, which was an integral port for trade between Mesopotamia and India. It was the Bani Utbah tribe, which laid the lasting foundation of the modern emirate – Kuwait.

Kuwait’s capital, Kuwait City, is the budding metropolis of the world, which is centrally located towards the shore of the Persian Gulf. Most of Kuwait’s integral operations and buildings are situated in Kuwait City, which includes Majlis Al-Umma – Kuwait’s parliament, headquarters of major banks, and governmental offices. Truly, Kuwait City is the apple of Kuwait’s eye, as it is, and remains, undeniably the cultural, economic, and political hub of the country. 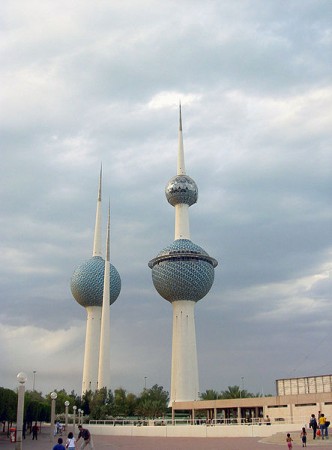 Once in Kuwait City, there are abundant sightseeing opportunities for tourists, which actually require a travel guide. One of the most admired and famous monuments of Kuwait city are the Kuwait Towers. Kuwait Towers are located in Dasman, on Arabian Gulf Street. The highest sphere of the tower, which is about 187 meters in height, has a breath taking observation area, which keeps revolving. This revolving attribute of the topmost sphere brings a rather perceptive and picturesque view of Kuwait City. This area also has a wonderful restaurant, where you can sit and enjoy a great meal. 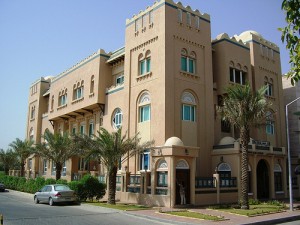 As your Kuwait City travel guide another site that you must see is the Tareq Rajab Museum. This museum displays the private collection of the Rajab family, which became open to general viewing in 1980. Divided into two sections, Tareq Rajab Museum displays exquisite work of pottery, metalwork, calligraphy, jade, wood, glass and ivory carvings on one side; and embroidery, costumes, textiles, and jewellery on the other side. This museum is truly a masterpiece in reclaiming the recent ancestral history of the Islamic World.

Kuwait City, today, has become a major tourist attraction, which offers vacationers wonderful accommodation packages. Comfortable, economical, and secure hotels in Kuwait City are available as low as $ 75, and go up to $ 421. If you wish to stay in Kuwait City for a longer time, for recreation or business related reasons, then apartment rentals are also available at highly competitive and affordable prices. For all those, who like a touch of home, away from home, these fabulous apartment rentals will blow you away. Kuwait City is a beautiful city full of adventures, and scenic beauty, which will not only quench any adventurer’s ravenous quest for enjoyment, but will also prove to be one of the most memorable escapades of your life.