Summer can always be a hectic time in London, since tourists from all over the world flock to take advantage of the most favourable months of the British climate. The crowds can be claustrophobic enough in London’s busy streets even in normal business hours, but during tourist season things can become overwhelming – especially with the sweltering heat to endure and lengthy distances to travel.
Avoid elbowing through the masses and spending half of your holiday in queues by following these simple tips to reduce waiting time and make the most of your summer city break. 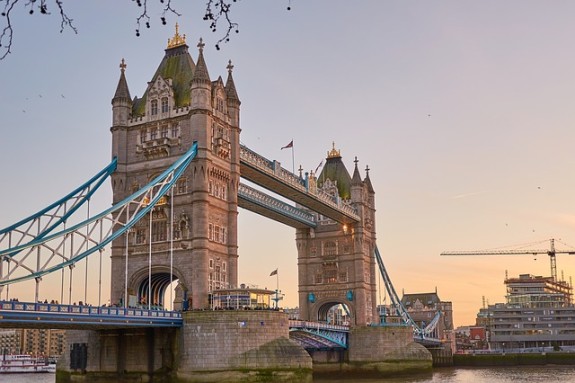 Book well in advance
It might sound self-evident, but it’s amazing how much pre-purchasing your tickets online can save you in terms of costs and time. Not only do sites like Groupon offer great promotions and package deals on all manner of attractions, but the queues at sites such as the Tower of London or Madame Tussauds can be astonishingly long. Paying a little extra can often get you queue jumping privileges which are well worth the outlay if time’s at a premium.

Timing is everything
It goes without saying that weekends are busier than weekdays, and rush hours (7:30am-10am, 4:30pm-7pm) should also be avoided at all costs. Keep in mind that early morning and late evening visits are the best times to tackle any major attractions, since queues will be minimal. Factor in the school holidays and the possibility of screaming children when planning your itinerary, as well.

Go local
It’s often true that a little bit of local knowledge can go a long way. This is not only applicable to restaurants, bars, shops and other local hotspots, but also to travel and accommodation. Many regional companies have deals which simply can’t be found on larger websites. For example, check out Flybe (who also offer money-saving deals with car rentals at Avis) for all your flights from the UK, while AirBnB’s low rates and widespread availability is making them an increasingly popular choice for where to lay your head.

Embrace the weather
Let’s face it – you’re not visiting Britain for its tropical climate. If life throws a rainy day at you, turn it into a positive by braving the showers while everyone else shelters indoors. Equipped with an umbrella and a raincoat, you’ll barely feel a thing. Remember, there’s no such thing as bad weather, only bad clothing!

Get tech savvy
There are a myriad of apps and sites out there designed to help you organise your time and travel plans effectively. For example, there’s the ingenuous Tube Exits app, which tells you which carriage of an incoming train is optimal for avoiding traffic. Meanwhile, When Should I Visit? is a handy guide alerting you to the least busy times of all the major tourist hotspots in the UK capital.

See the alternative sights
Of course, there will be some boxes you’ll insist on ticking, but for the more flexible traveller, there are plenty of lesser-known venues which are just as impressive and unique. Consider substituting St Paul’s Cathedral for Westminster Abbey, which also offers a great view of the city from its dome… allowing you to skip the queues at the London Eye, as well. Furthermore, the Changing of the Guard might be a novelty for some, but the crowds can be a drag. The Household Cavalry conduct a similar ceremony at 4pm, albeit on a less grand (but much more up-close-and-personal) scale.

Get out of London!
It might not sound like great advice for those wishing to visit London, but if you really want to escape the throngs, there are some fantastic day trips within easy reach of the city. Brighton is a beautiful and booming seaside town only an hour away, while Cambridge offers the intellectual charm of one of the UK’s most famous university towns, and both only a train or coach ride away.Image credit
This post was written in partnership with Flybe