We’ve all heard of Ancient Greece at one time in our lives; an intriguing city that was home to many remarkable figures throughout history. The fantastic part of Athens is that it has guarded that part of its story, cherished and preserved it until today. It is one of the oldest cities in existence and offers a lot of discoveries to those who visit. The city is known for having many luxurious resorts with relaxing spas in Athens Greece.

The most prominent legends of Athens must include Homer’s and his famous masterpieces of mythology. The goddess of peace and prosperity, Athena, overseer of Athens, was probably the most appealing figure of mythology; amidst all the other cruel and manipulating gods, she kept an image of purity, and closeness to heroes.

The Parthenon, a glorious remnant of the past, was constructed on the rock of the Acropolis, rising 500 meters above sea level in honor of Athena. This astonishing historical monument, in spite of having undergone a myriad of hardships, from wars, to catastrophes, has nonetheless endured and still presents a unique perspective of Greece’s past. 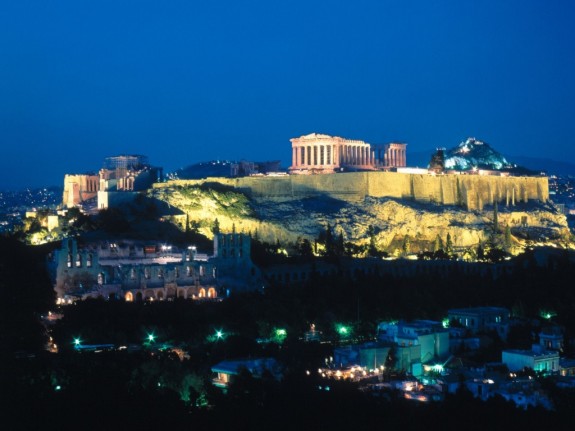 A distinguished landmark is the Academy of Athens, which was built in ancient Greek Style, although it is relatively new, dating back to 1885. One could mistake it for a mythological temple, by its protection of two seated statues of Plato and Socrates, and two thin pillars where statues of Athena and Apollo are located.

Another noticeable sight is the Temple of Hephaestus, the best preserved ancient Greek temple. This temple has undergone many twists in its history. First built in honor to Hephaestus, patron god of craftsmanship, it was then transformed in the 7th century into the church of St. George Akamates. In 1834 it served as a burial site for Greek historical figures that died in Greece’s war of independence.  It was then changed by King Otto into a museum, before closing in 1934 when it again became a national monument.

Undoubtedly, car rental in Athens Greece aids visitors in touring the city. There are more theatrical stages in Athens than anywhere else in the world. Over 140 still operate today, such as the famous Herodes Atticus Theatre. This stone theatre is located close to the Acropolis and dates back to 161 A.D – it is home to the Athens Festival which is held every year and lasts from May to October; is also hosts theatrical, musical and cultural events. 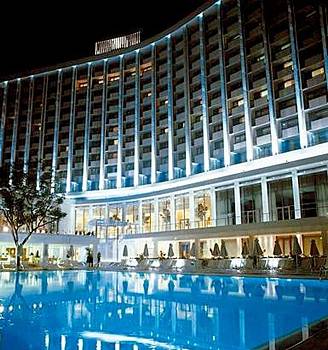 Accommodation in Athens Greece includes many luxurious resorts, augmented by the 2004 Olympic Games. A very well located and moderately priced hotel is the Astor Hotel Athens Greece. It is close to the Acropolis, being only 5 minutes away, and close to other historical sites in the city.,  Rates start at 72€. The prestigious Hotel Grande Bretagne is one of the most luxurious hotels in Athens Greece, which provide extraordinary views of historical settings, and large, fancy rooms. Prices start at 299€.

It is true that mentioning Greece forces one’s mind back into bygone times, but Athens is also a thriving modern city with an eye on the future. Athens Planetarium is a good example of this modernism. The best equipped Planetarium in the world, it promises to transport its visitors far out into space, where time has no place…