Albeit small by most standards, the island of Tenerife is the largest one of the seven Canaries, and is definitely not a place to get bored in. It is home to one of the world’s most famous and largest festivals, the Carnival of Santa Cruz de Tenerife, currently set to be accepted among World Heritage Sites. The carnival is certainly not the only thing one must see, do and experience on the island, though. Natural beauty abounds, clubs and nightlife opportunities are plentiful and diverse, while social history is also well represented. To boot, this tourists’ paradise is well served by the transport network, with not one but two international airports and many flights to Tenerife coming in from all over the world. So what is there to see on this 785 square mile stretch of land? Oh, but what isn’t…? 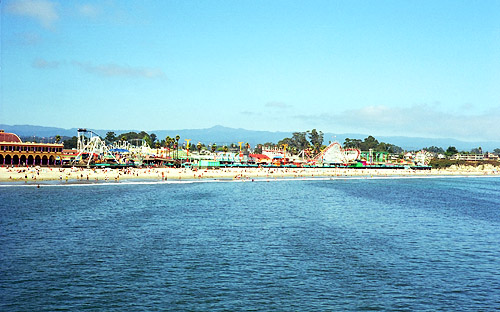 Shop Till You Drop in Santa Cruz

Small, but always busy is the best way to describe the capital of Tenerife. This city never seems to sleep—on the one hand thanks to its rich and bustling nightlife, and on the other, because of its dynamic shipping port, one of Spain’s busiest and the world’s deepest. The must-see landmark in Santa Cruz is the futuristic auditorium in the Plaza de Espana, but there are also many landscaped area, where the sleek modern style of architecture prevails to create a sense of aesthetic order and calm. If shopping tickles your fancy, then you’ll love Santa Cruz. Just head on out from the Plaza de Espana, take a walk to the seafront, reach Plaza de Candelaria, and then check your wallet or credit cards. There are so many shops, stores and boutiques crowded in this area that you’ll find it excruciatingly hard to resist the bargains and deals. 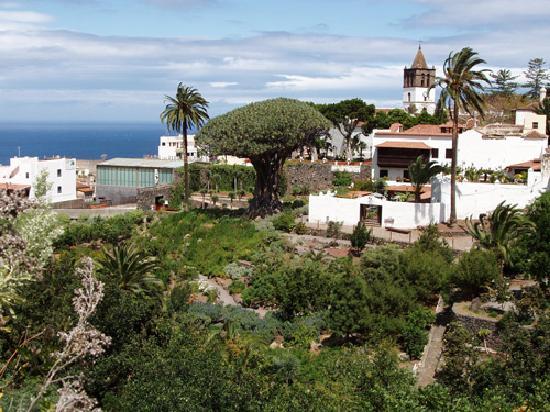 Founded early on in the sixteenth century, the town still displays the magnificent historic style of architecture in its numerous seigniorial houses, palaces, churches and convents. Initially, the settlement was the hub of one of Tenerife’s nine menceyatos or kingdoms, ruled by King Icoden. It draws its name from him, as well as from the wine-making tradition of the area. There are many wonderful and unusual sights around Icod de los Vinos, not the least of which being a supposedly millennial Dragon Tree, a butterfly farm and the Church of San Marcos. The place of worship, whose full name is the Church of San Marcos Evangelista, is located in the Plaza Lorenzo de Caceres. As you walk into the church, you will be taken aback by how much it resembles an ecclesiastic museum, filled with sculptures, painting and a collection of artisans’ items in precious metals. The most valuable artifact in the collection is the super Filigree Cross, the work of Jeronimo de Espellosa, created between 1663 and 1665 in Havana, Cuba.

Also known as Eagle Park or Jungle Park, this wonderful zoo and botanical gardens features no fewer than five hundred birds and animals, peacefully coexisting on an equal number of acres of jungle. There are tons of fun activities offered on location, out of which we definitely recommend the Jungle Raid—an exciting, though somewhat strenuous walk. The tour will take you across suspension bridges, waterfalls, lagoons and caves, and there’s even a jungle toboggan, that will have you slide down among lush vegetation. Get up-close and personal with the exotic birds and the birds of prey in any of the many shows and make sure you experience the ultra-fun Aquapark. This all-inclusive experience will most likely leave you tired at the end of the day, but is well worth it overall.

If you’re a student then no doubt money can be a huge concern. Typically you will want to find the cheapest student travel insurance. Usually the best way to do this is to get online and shop around, regardless of your destination.

4 Replies to “Top Spots to See in Tenerife”