It’s a great big, beautiful world out there, with so many choices of stunning travel destinations that it’s not easy deciding where to set your sights when seeking the adventure of a lifetime. Not everyone has the luxury of regular travel to glamorous destinations, so for those of us who aim to see at least one magical place before it’s too late, narrowing your options down to just one or two choices can be quite tough. If indecision is standing in the way of your dreams then let’s simplify the choice for you; we’ve handpicked 10 breathtaking destinations which you absolutely must see in your lifetime.

1. Touring Through the Alhambra in Granada, Spain 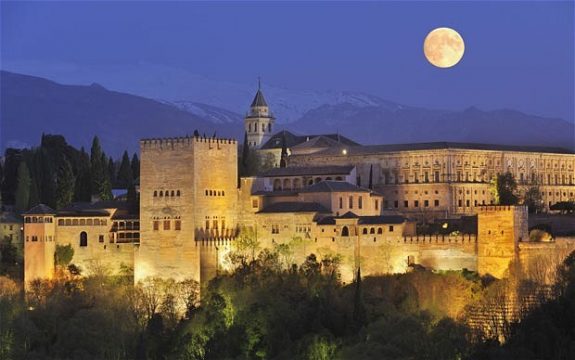 The Alhambra is a palace in Granada which dates as far back as 889 AD. The Moors gave it a renovation in the 11th Century, making it a rich historical and cultural experience. This historical monument’s architecture is beautifully intricate and lavishly decorated, guaranteed to both fascinate and inspire.

2. Sledding or Snowboarding down an Active Volcano in Nicaragua 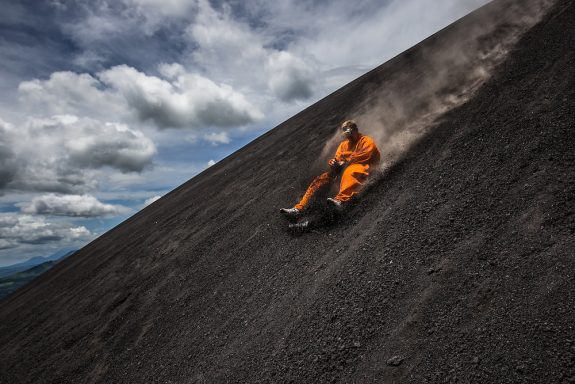 Are you a sledding or snowboarding enthusiast? Well, you haven’t lived until you have tried your hand at volcano boarding at Cerro Negro, an active volcano located just outside of León in Nicaragua. The volcano requires a 2388 foot hike up loose, penny-sized volcanic rock, which you then sled or snowboard downhill at a thrilling 30 mph!

3. Go Swimming In Iceland, in the Blue Lagoon 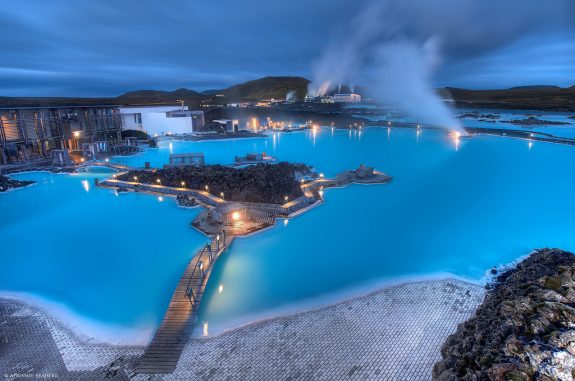 In a lava field in Southwest Iceland found approximately an hour away from the capital Reyjavík is a geothermal 100°F spa known as the Blue Lagoon. The man-made lagoon appears blue when the sunlight hits it due to its rich silica content, and it also contains algae and mineral contents which are purported to have many healing properties. It is fed by geothermal seawater. 279

4. Releasing a Candle in Thailand during the Yi Peng Festival 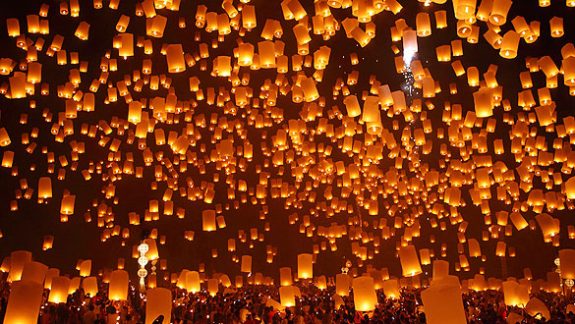 The Yi Peng Festival in Chiang Mai, Thailand is a religious ceremony celebrated by the Thai people in which they release glowing lanterns into the sky and make a wish as they pay homage to the Buddha. A week later a second lantern release festival is hosted to give the foreigners a turn to participate, along with fireworks and colorful parades running through the city all through the weekend.

5. Diving with Crocodiles in Wild Africa 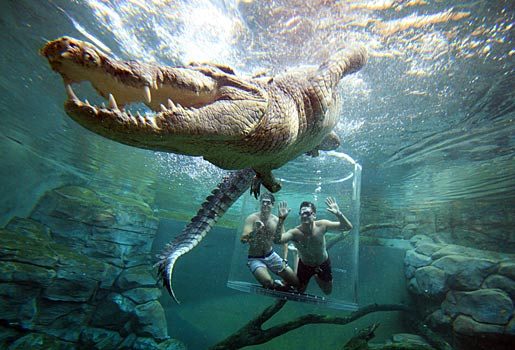 If you’re looking for a destination that offers you the chance to be really brave, then travel down to South Africa and meet one of the most terrifying ancient creatures on earth. Crocs have 4 times the bite pressure of the great white shark, getting up close and personal will be the most intense things you will ever experience. You can dive with Nile crocodiles in a bite-proof cage at the Cango Wildlife ranch in Oudtshoorn, South Africa.

6. Exploring the Wildlife of the Galápagos Islands 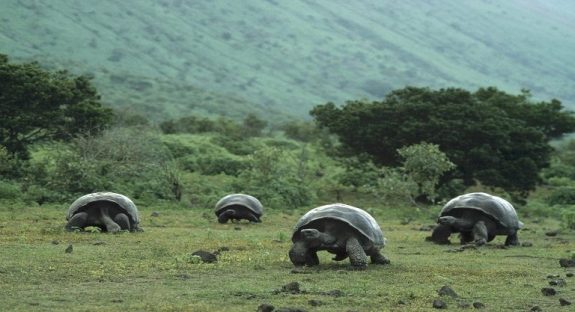 The Galápagos Islands are a volcanic archipelago in the Pacific Island. Charles Darwin, the evolutionary theorist, spent many years in Ecuador studying the Islands’ vast number of species which are totally unique to the island. See creatures you won’t find anywhere else, like giant tortoises, tiny penguins, and blue-footed boobies. 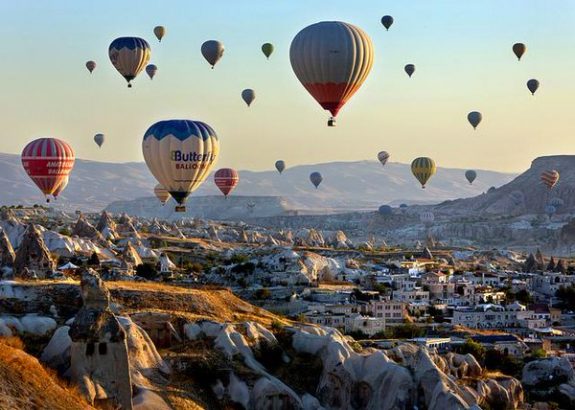 How better to enjoy Turkeys panoramic vistas, the charming hoodoos, and the balmy weather than in a hot-air balloon floating in the sky? In Cappadocia the sky is littered with them. 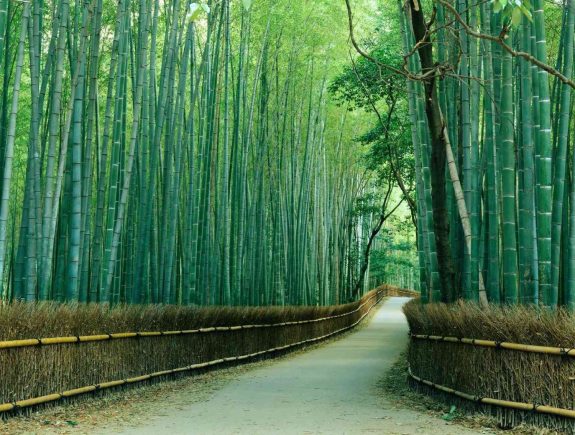 Japan’s Sagano Bamboo Forest sits just outside of Kyoto. Take a walk through a magical world of the bamboo stalks towering abundantly and majestically above you, creaking spookily in the wind.

9. Swinging in Ecuador at the End Of The World 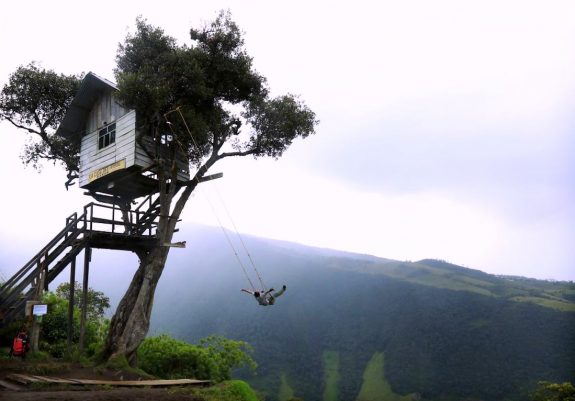 The ‘end of the world’ refers to La Casa del Arbol in Baños, Ecuador. Here you’ll find a tree house, which is actually a seismic monitoring station, with a non-acrophobes swing which hangs over the crater of an active stratovolcana called Mount Tungarahua.