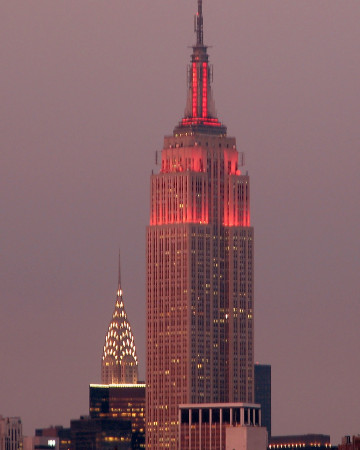 The building is open to visitors every day of the week and the elevators start to work at 8AM in the morning and don’t stop until 1:15AM daily. Because of the security measures in place, you are not permitted to take in glass bottles or large pieces of luggage and bags you do take in will be searched. This of course takes time as does waiting for one of the elevators to take you to the observation deck but at least by buying an express pass, you can go to the front of the line at the elevators.

It is advisable to buy an “Audio Tour” which is both funny and informative and will advise you what you are looking at.

Another iconic building in New York is the Chrysler Building, which enjoyed a short claim to being the World’s Tallest building from 1930 till the completion of the Empire State Building in 1931. It does still hold the title though, of being the world’s tallest brick building. 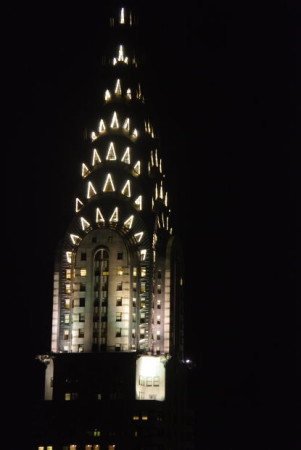 Admission to the Chrysler Building is free but as it is a building leased to businesses, visitors are restricted to the lobby where they can look at the art décor and murals.

One more iconic building is the 14 building complex of the Rockefeller Center which is a popular attraction for visitors. A visit to the center affords you the opportunity to be in the audience of one of the taped TV shows or you can look behind the scenes of NBC or Radio City Music Hall. 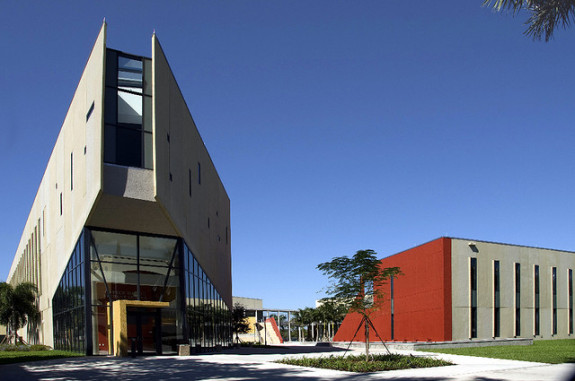 14 building complex of the Rockefeller Center

The center is famous for its Christmas tree and skating ring and offers tours to tourists. The tour visits all the 14 buildings in the complex allowing visitors to see the different architecture, statues, paintings and murals but is orientated more for adults than children who may prefer the more interactivity offered by the NBC Studio Tour.

Tickets for the Rockefeller Tour are $12.

The Rockefeller Center is also home to the “Top of the Rock”, which is a three tiered observation deck on the 67th, 69th and 70th floors. From this observation deck you can get 360 degree panoramas of the city, which some say match those from the Empire State Building.

Admission tickets to the Top of the Rock are $25 or $38 for sunrise/sunset tickets.