Bosnia and Herzegovina is the country where this enchanting, tourist friendly capital is located. The population has always been culturally open to other nations and though they suffered greatly during the Yugoslav War, they still believe kindness towards outsiders is important. Travel to Sarajevo has increased since 1984 when Sarajevo was chosen to host the Winter Olympic Games; since then it has become quite touristic, with numerous constructions of resorts in the surrounding mountain chains.

If one major event should be known that happened in Sarajevo it would certainly be the 1914 assassination of the Archduke Franz Ferdinand of Austria on the Latin Bridge. Heir to the Austro-Hungarian throne, he and his wife were shot dead by a group of Bosnian Serbs. This assassination is infamous for leading, one month later, to the outbreak of World War I. The bridge has since then become a renowned site of Sarajevo. 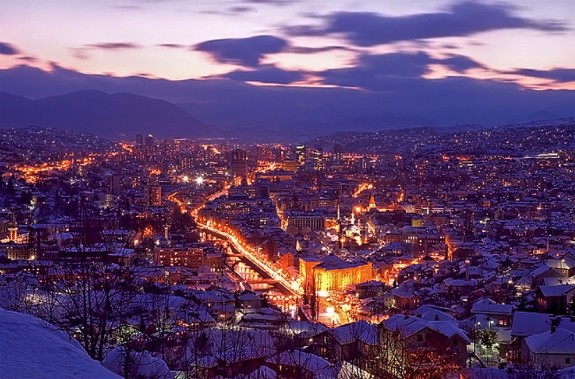 Although the capital was where this dreadful event took place, an even worse event later took place, which was the Yugoslav War, resulting in the loss of many civilian lives; remnants of which are still present. Yet, travelers often say when visiting Sarajevo that life is joyous and filled with amiability, in spite of the hardships people endured.

Sarajevo’s present-day Festivals are famous throughout Europe and known to be very lively, with the biggest one being the Baščaršija Nights, from July 1 to 31rst. This festival is a wonderful display of multitudes of cultural events from classical music, rock and roll, folk music to theatre, ballets and operas. There is also the Sarajevo Film Festival which is the premier film festival of all the Balkans. Other festivals include the Jazz Festival and the International Music Festival, all providing enjoyable entertainment for everyone attending

The Old Town of Sarajevo offers an agreeable promenade and special originality in the Oriental shops that prevail; making it seem almost like a small part of the Middle East has been transported to Sarajevo. The majorities of the restaurants are also Oriental, and present a pleasant alternative to traditional cuisine. A walk in this city, where catholic churches, synagogues, orthodox churches and mosques live peacefully together in the same area, will surely be a gratifying experience.

Weather in Sarajevo is typically continental; the winters infrequently go below zero or only slightly and summers are pleasantly hot. Car rental in Sarajevo gives the opportunity to easily access skiing resorts during winter, and will facilitate access to the beautiful landscapes of Bosnia and Herzegovina during summer. Low cost flights to Sarajevo from London can be found at £135. 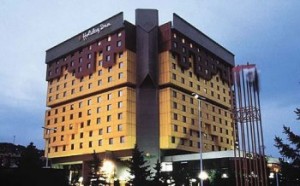 Hotels in Sarajevo offer quite affordable logging. One of the best budget hotels is the Hotel Alem located close to the national museum, easily accessible to and from the airport by shuttle bus. Rates start at $31. The Randon Plaza Hotel is an excellent luxury hotel in Sarajevo, close to the airport, and offering fabulous views in its modern two tower building covered by glass windows.  Nights start at $160.

Sarajevo is a city with a wide range of monuments, and unique architecture styles can be found. The city is well lighted and in the evenings people walk freely in all areas, appreciating the harmonious and sociable atmosphere that exists. Sarajevo is not a metropolis, but is a very lovely city with a truly unique cultural diversity.