The small country of Andorra has only 80,000 inhabitants, but it receives each year over 10 million visitors. The reason for this amazing figure is that it has very low taxes on products sold, somewhat comparable to “duty free” found in airports.  La travel is sometimes said when in company of people who have been to Andorra, probably because of the French name for the capital “Andorre la Vieille” emphasizing the French or Catalan use of “la”.

Situated close to the borders of Spain and France, it has benefited from both cultures, although notably more from the Catalan side of Spain than from France. Inside the small capital there are 2, 000 shops, making Andorra a frequent shopping destination for many.  Citizens from both Spain and France come here to buy certain products such as alcohol, at a much cheaper price than in their own countries. 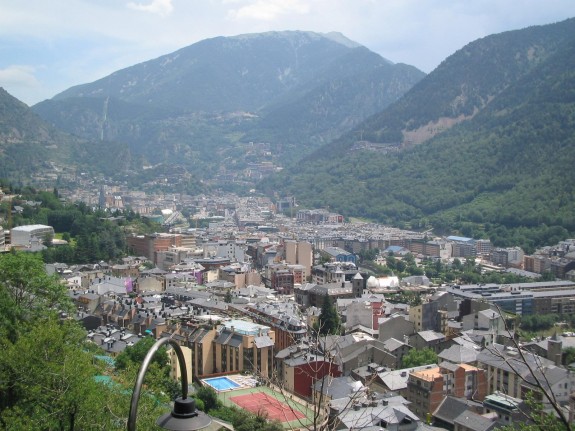 Andorra is known as a good place to shop, sort of a haven for shoppers, where advantageous deals can be made. It is also a haven for banking purposes and many offshore bank accounts are located here.  Of course, this is not the only interesting point in the city.  Andorra la Vella maps demonstrate another prominent reason people visit Andorra and that is because of its skiing possibilities. It is located at 1,023 meters and is the highest capital of all of Europe, with many skiing possibilities available.  Andorra was actually one of the candidates for the 2010 Olympic Winter Games, although Vancouver was finally chosen.

Travel and tourism information will lead you to many very interesting spots in the capital, such as the Old Town which is reputed for its old stone streets and intriguing shops, combined with a unique atmosphere of age-old times. Built in a Romanesque style, it is a favored touristic stopping point commonly cited in brochures for its picturesque promenades.

An undeniable fault of Andorra is the fact that it doesn’t have an airport, which can easily be explained by its very small size. The nearest airport to Andorra is Toulouse; a city of France situated a couple of hours drive away. Renting cars from France or Spain to Andorra is frequently undertaken by those wishing to shop or spend vacations here.

Hotels in Andorra la Vella offer many different ranges of hotels for vacationers. A good budget accommodation would be the Hotel Sant Jordi, situated in a calm neighborhood of Andorra, and close to shopping centers and city sights. Rates begin at 58€. The five-star Hotel Plaza Andorra la Vella offers a multitude of services for rest and relaxation, and is well situated in terms of the city. This luxurious hotel proposes attractive rooms which start at 120€. 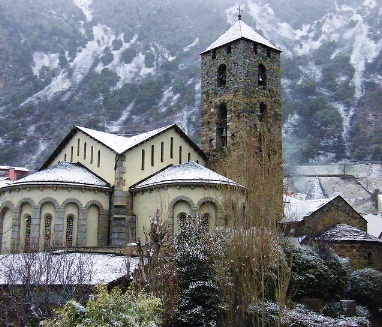 Andorra is not only a great shopping and skiing destination, it is also a beautiful country surrounded by mountains and nature. Hiking in Andorra is fantastic for both amateurs and professionals, ideal for long walks or longer stays in a extraordinarily beautiful natural setting. Andorra la Vella has many facets, viewed by some as simply a good place to shop, but by others as a great place for skiing and hiking. It has a very special atmosphere, perhaps due to its being a unique country all its own, which is proof that even amid our troubled world economy, size is not the deciding factor in making a place an attractive haven for travelers.