The name Valletta has its beginnings in heroism; it was named after Jean Parisot de la Valette, a knight of noble descent who successfully defended the city from the Ottoman invasion in 1565. The actual official name given at the time by the Order of Saint John was Humilissa Civitas Valletta – The Most Humble City of Valletta. The archipelago of Malta is composed of 8 islands, four of which are inhabited. Gozo Island is the second largest island after Malta.

Valletta is most undeniably a unique city; it gives the impression of houses built inside rocks, partly because the colors are the same as the rocky foundation of the capital. In reality, the city itself is sparsely populated, with only six thousand inhabitants. It’s the surrounding urban zone that creates its size, totaling about four hundred thousand people. 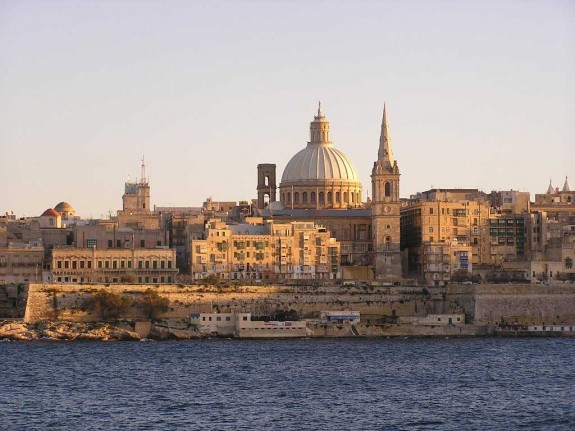 The climate in Valletta is one of mild heat during winter months, and hot summers which are perfect for enjoying seaside activities. The agreeable climate all year round plus the practical location of Malta (93km from Sicily, 288km from Tunisia, and 340km from Libya, as well as 570km from Greece’s Cephalonia) made Valletta a vacation home to nobility and aristocracy, which explain the existence of grandiose palaces and illustrious mansions on the island. During the Renaissance, the city was nicknamed Superbissima (the proudest) and among the constructions were many glorious churches.

Most of the palaces are still occupied by remnants of past nobility and the largest one, the Grandmaster’s Palace, houses the office of the President of Malta. Inside the Palace is an Armory Museum which is accessible to the public and exhibits full suits of armor, as well as arms and guns of the Renaissance period. Few palaces are opened for visits, but one of them offers daily tours, the Casa Rocca Piccola. This palace has kept all its charm and allows visitors a glimpse into the life of Maltese noblesse.

Sliema in Malta is a city located close to Valletta that has recently become a prosperous sea resort, with luxurious hotels, fancy restaurants, large shopping centers and many cafés, accompanied by beautiful beaches ideal for swimming all year long. Mellieha is another touristic city situated further from Valletta in north-west of the island. Popular during summer, this city possesses the largest beach in all of Malta.

Hotels in Valletta Malta are reputed for luxury rather than budget accommodations, with almost all budget hotels being located in Sliema where prices start at 30€. One convenient budget hotel in Valletta is the British Hotel, somewhat rustic, with rates starting around 79€. Luxury hotels are extraordinary in Valletta. The Hotel Phoenicia Malta is notorious for offering an exceptional leisure stay with outstanding views and services. Prices here begin at 500€. 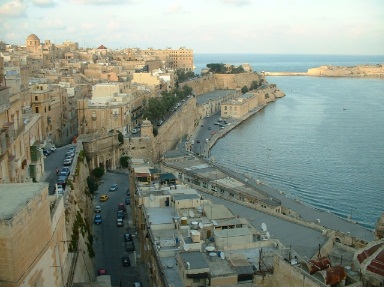 Malta’s entire archipelago is truly wonderful and unique. Not only does the climate and beaches make Malta a perfect summer vacation destination, but the inner cities are attractions all their own. Attard in Malta Island is a city located in the center, renowned for its many flowers which decorate its magnificent public parks, lined with majestic tall trees. The Latin motto of Attard is:  “Florigera Rosis Halo” translated as, “I perfume the air with my blossoms”.  Malta is indeed prestigious, from its knights and noble heroes to its distinguished churches and exquisite gardens.

One Reply to “Incrusted in Rock, Founded in Noblesse and Standing on Heritage, Valletta – Malta”