Northeast China, known as Dongbei in Mandarin, consists of the area generally to the Northeast of Beijing. It’s the land on the other side of the Great Wall of China; a place where the portions are large and the winters are cold and long. 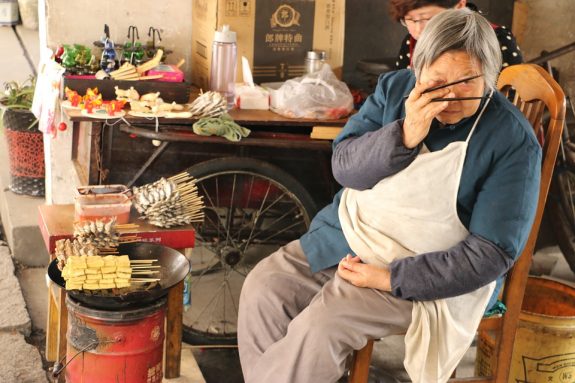 This makes the region’s food one of the most important considerations for locals wanting to keep warm. Heading into any of the Northeast’s cities, you’ll be presented with a lot of options. Below, Agness and Cez have included a list of just 20 of the best restaurants in Northeast China with some insider tips you can follow if you’re up for a culinary adventure across the Land of Dragons.

This coastal city is known for its summer beauty, but during the winter it is covered in a thick layer of cold. Keep yourself warm by digging into the hearty local cuisine at any one of these great restaurants.

Being next to the sea, Dalian is bound to be caught up in its seafood. Luckily, they cook it well, bringing out the best flavors and not leaving it too fishy. The Wanbao Seafood restaurant is the largest in the city, and is known for its crab meat, lobster, and prawns. Take the dive and give this seafood a try.
108 Jie Fang Lu, yuanjianyuan, shaheko district, Dalian

Shuangshengyuan started as a small restaurant, but has since expanded into somewhat of a huge place. Not as big as the Wanbao Seafood restaurant, it’s getting there. There are a lot of food stalls throughout the city, so keep your eyes peeled whilst you’re walking around. 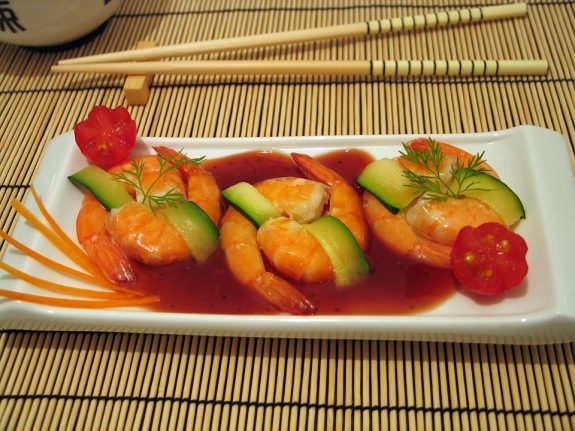 The long name might make you think that this is a rather expensive restaurant, but you’ll be happy to hear that it’s actually pretty reasonable. Another Seafood restaurant, you can expect this to live up to your standards if you’re looking for one of the best restaurants in Northeast China.
3 Harbor Plaza, Dalian

A BBQ buffet, ready for you to taste it’s highly sought after beef and chicken kababs. If you’re after a Chinese BBQ, this is one of the best restaurants in Northeast China. 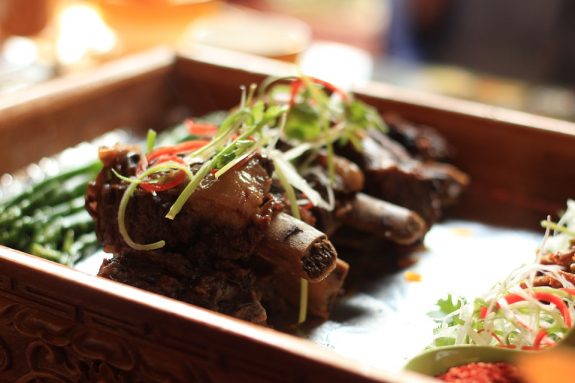 If you thought McDonalds was quick, then you’re going to be surprised by Da Di Chun. Da di in Chinese means to hail a taxi, and the restaurant makes sure to keep up the pace. All meals are promised to be served within 20 minutes; hot and fresh.
Dong Bei Road 107, Dalian

A French restaurant with a nice atmosphere. Perfect if you feel as though you would like to escape more traditional Chinese food for a little while. Give it a try, definitely worth it.
37-1 Wu Yi Lu, Dalian

This northern city is famous for its yearly ice sculpture festival. Artists come from around the world to take part in building huge structures with just ice (and a few LEDs). Heading to this region can be bitterly cold, but it’s certainly helped by some of the best restaurants in northeast China. 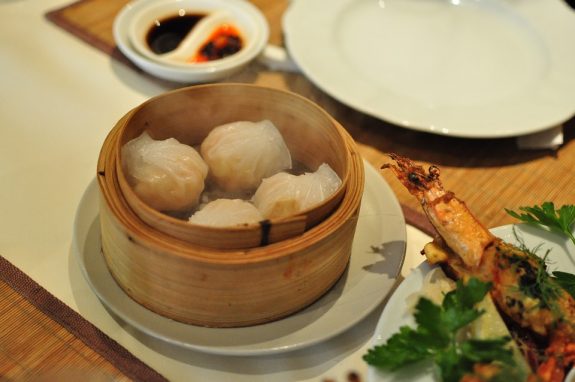 The home of Dumplings in this city, It says Orient King, and it might just be as one of the best restaurants in Northeast China for Jiaozi.
81 Zhongyang Dajie, Harbin

Some of China’s best food is made on the street. For a sample of some incredible street meat, head to Jingwei 4 Shao Kao.
126 Jingwei St, Daoli, Harbin

Noodles are a popular dish in the north of china. This restaurant’s noodles come with a Japanese influence. Definitely one of the best restaurants in Northeast China for simple noodles. 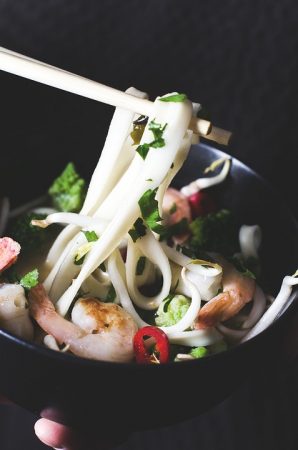 It exists! A robot themed restaurant with robot chefs and waiters. You have to check it out, for the novelty value at least.
51 Xi Liu Dao (W 6th) , Harbin
Longjiang Xiaochi Jie
A snack street filled with a bunch of different edible delights for you to pick up. Expect rice, noodles, and more! 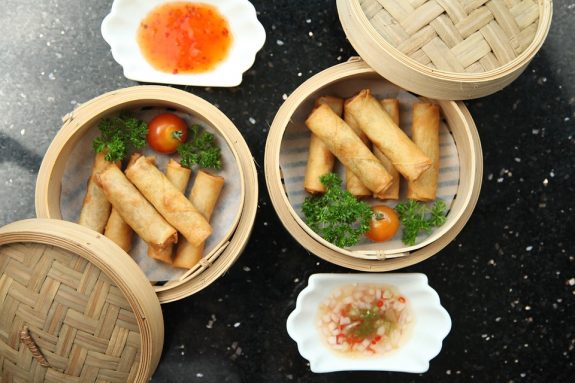 If you’re not into meat so much, living in China can be a little hard. Luckily for you, Suxin Shidu vegetarian offers a good range of vegetarian cuisine.
8 Qidao Jie, Harbin

The Capital of Liaoning province, this city is a blend of Machurian and Tibetan cultures and styles. Come heare to see the former seat of power for the Qing Dynasty: the Mukden Palace. The city also offers a range of brilliant food (especially when it comes to dumpling dishes).

Lumingchun is known for being one of the oldest restaurants in the area. It’s also one of the best restaurants in northeast China for laobian dumplings. Make sure to test the right amount of vinegar, soy sauce, and garlic you use for the dip. Try a couple of different mixes and see which one suits you the best! The restaurant is located in the Shenhe district of the city. 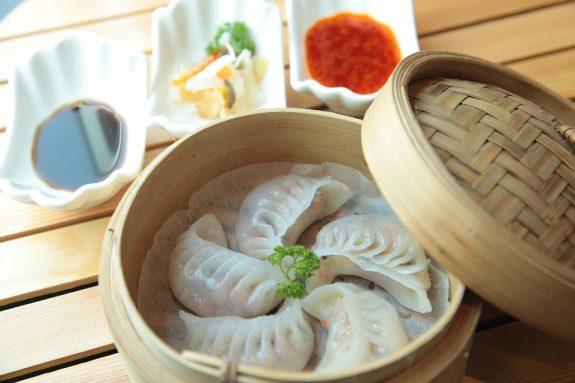 If you’re looking for more traditional Manchurian food, this is going to be your best bet. The food here is rich and meaty. The most popular order (arguably) is the Bairou (white meat), which is pork sausages boiled in water with seasoning. It’s a treat! Also located in the city’s Shenhe district.
No.90, Shenyang Lu, Shenhe District, Shenyang

Ask ten Chinese people what their national dish is and you’ll probably hear at least two of them say dumplings. Well, if you want to try this “national dish”, head to Majia Shaomai Guan, one of the best restaurants in northeast China for Shaomai dumplings!
346 Fengtian St, BeiZhan CBD ShangQuan, Shenhe District, Shenyang

A great place to pick up some tasty snacks. Head here to munch down on some brilliant bacon and local cake! The locals love it for a reason, so make sure to at least have a look. 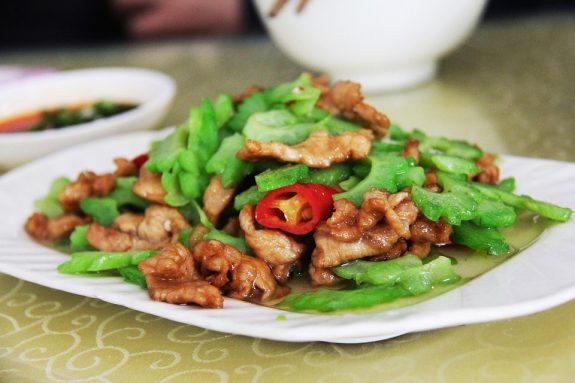 With the Northeast of China being so close to Korea, it was certain that some influences would leak through. Xita Lengmian offers boiled noodles with a Korean twist. A definite must eat!
No.112, Shifu Dalu, Shenyang

A Street packed with food stalls in the Heping District. Find yourself basking in more snacks and dining options than you could shake your chopsticks at! The area has a distinct Korean flavor.
Heping District, Shenyang.