Many travellers are starting to realise that the most popular tourist beaches of Spain are overcrowded, overbuilt and often overhyped. Hot, hectic and heaving with the annual tourist masses, the traditional ‘costas’ to the south are losing their appeal for the more discerning traveller.

On the plus side, with regular ferry crossings to Spain up for grabs from so many UK ports, Brits in growing numbers are discovering the hidden highlights of Spain’s north. A region notable for its unique culture and reliable summer climate, domestic and international tourists alike are setting their sights on the Costa de Cantabria.

But it’s not just the weather and the culture that are bringing those in the know the way of Cantabria. Instead, it’s the way in which the region is also home to some of the best beaches in the whole of Spain.

You might not have time to check them all out during a single trip, but give priority to the following top-picks and you won’t be disappointed: 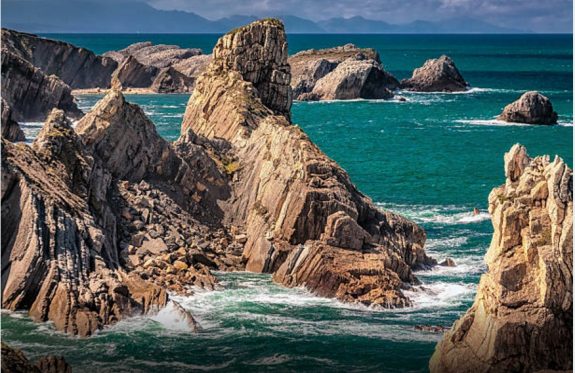 Situated approximately 15 minutes by car to the west of Santander, Playa de la Arnia (see here on Trip Advisor) is tricky to find but definitely worth the hunt. For first-timers, it isn’t unusual for it to take close to an hour to actually find the place – it isn’t what you would call well signposted. On the plus side, this keeps it nice and quiet throughout much of the season – particularly during the late spring and early autumn. The rock formations make for a very attractive setting while the water is warm, calm and shallow. A great beach for families, though it’s worth bearing in mind that there are no real facilities available at the beach itself – hence the importance of packing a picnic.

Just a little further to the west – approximately 30 minutes by car from Santander – you’ll find Playa de Amió. Once again, you’ll need to plan your journey in advance as it isn’t signposted very well from any major roads serving the area. Another extremely popular choice for families with young children, the dramatic rocky outcrops keep the water well protected and therefore calm throughout the year. The waters are also consistently warm and shallow, making them perfect for swimming and general relaxation. Facilities are a little more plentiful by comparison, which include a very popular café perched on top of the nearby cliff and the usual toilet and shower facilities. However, Playa de Amió like many similar remote beaches does not have a lifeguard patrol. 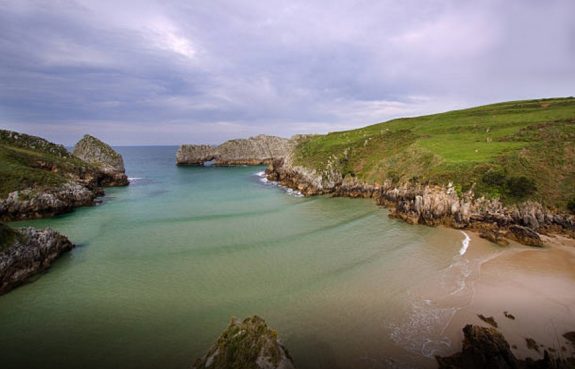 If willing to travel a little further – though still only about 45 minutes to the west of Santander – you’ll find yourself at a beach that looks more like a Thai island than a coastal resort in Europe. Getting there is a bit of a challenge and you’ll need to be prepared for a walk of about 15 to 20 minutes, given the way in which the car park is absolutely tiny with space for no more than about 10 cars. Nevertheless, the tiny golden-sand beach itself there is quite beautiful to look at, with a range of inlets and coves that are constantly changing as the tide comes in and out. Facilities are relatively limited though more than acceptable, comprising a small kiosk and a shower. As there’s a freshwater stream that joins the sea here, the water temperature tends to be on the chilly side and the local contingency of marine life abundant. Needless to say therefore, this is definitely the kind of place you won’t want to forget your snorkel or underwater camera! 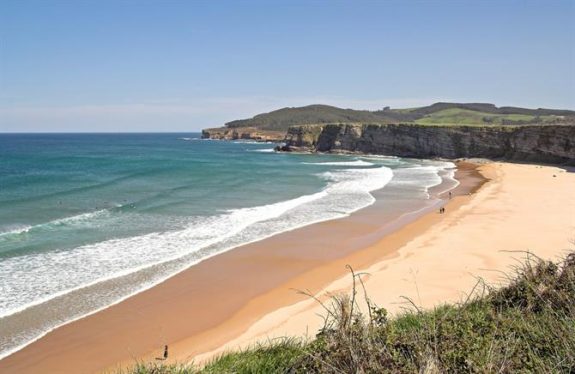 If you’re looking for the kind of beach that’s a little more generous in terms of facilities, Playa Meron could be the place to head. It’s a little more commercialised and certainly bigger, stretching for approximately 2.5 kilometres with plenty of rocks and sand dunes to explore. It does also get a little busier, but nonetheless has a much stronger supply of restaurants, cafés, parking facilities and so on. It is also home to several great surf schools and is never short on the kinds of waves that pull in surfers from all over the country. 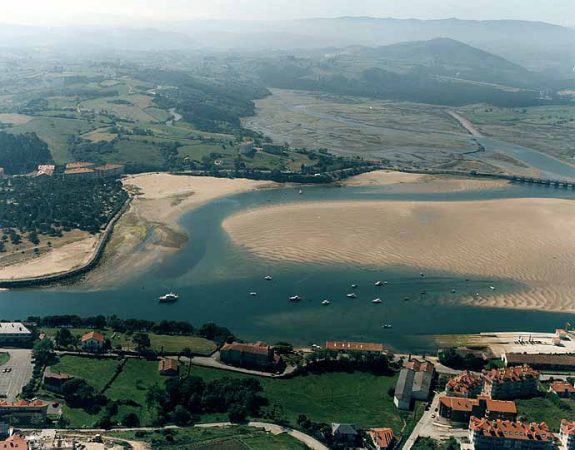 Last but not least, Playa El Rosal is also enormously popular among surfers, with its reliably warm waters and meticulously clean sands.  Whether or not you actually intend to get wet, Playa El Rosal is always worth checking out and has a longstanding reputation among families with kids of all ages.