Turkey is a strong country which has undergone crucial historical changes, and has been a center for many empires. Istanbul served as the capital of the Roman Empire, Byzantine Empire, Latin Empire, and the Ottoman Empire. In population, Istanbul is the 3rd largest city in the world. Istanbul travel accords visits to many historical sites and offers a multitude of Middle Eastern shopping possibilities.

The Topkapi Palace is one of the most prominent sights of Istanbul; it was the official residence of the Ottoman Sultans for nearly four centuries. At the end of the Ottoman Empire in 1921 the palace was transformed into the museum it is today. This gigantic complex contains numerous relics of vital importance to Muslim history which include the cloak and sword of the Prophet Muhammad. 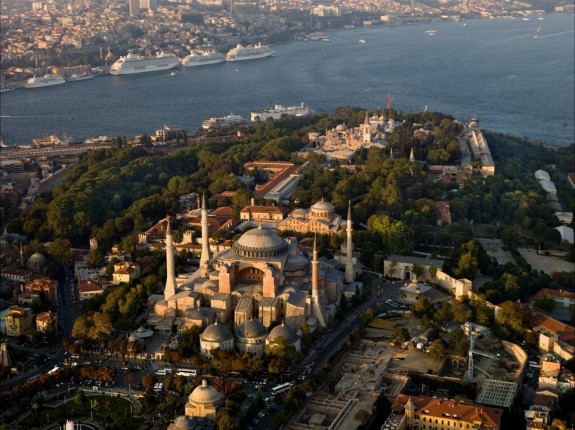 The Dolmabahçe Palace served as the administrative center for the Ottoman Rule from 1856 to 1922, and is a well-known tourist attraction. Tourism in Istanbul is vibrant with over seven million visitors having been recorded in one year. In 2010 the city was declared a Cultural Center of Europe.

Mosques are impressive, and the Hagia Sophia Mosque is one of the most famous of the 2,691 active mosques in Istanbul. Its spectacular massive dome structure has around it four minarets, with tall spires pointing upward, adding to its attractiveness and making it a monumental site well worth viewing.

Istanbul’s shopping centers are a big attraction; the Grand Bazaar covered market is highly renowned. Visitors can’t help but be drawn into the interesting Turkish culture, and they often appreciate the innumerable national goods that are available.  Jewelry, clothing, shoes, lanterns, food, accessories and numerous other articles can be found in this Ali Baba cave where no magic word is required.

The country offers a great deal of travel opportunities easily accessible by car. Car rental from Istanbul Turkey gives the opportunity to visit the many different surrounding sights.  Ephesus, another city located in the eastern part of Turkey, is home to the Temple of Artemis, one of the Seven Wonders of the Ancient World.   Ephesus is one of the Seven Churches of Asia mentioned in the Book of Revelations.  It is believed that John wrote his Gospel here, and the Basilica of St. John located in Ephesus is his burial site.

Flights to Istanbul can be made from around the world; some departure destinations offer outstanding deals which propose visits to Istanbul at cheap prices. 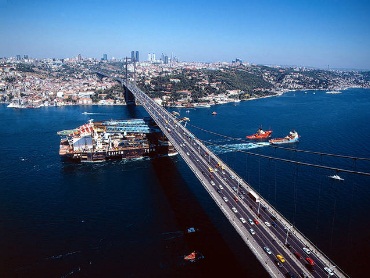 The Istanbul Turkey Hotels are known for extending a wide range of prices. The budget Grand Ons Hotel is situated close to commercial venues with tramway transportation nearby. Prices here start at $40.The Ritz Carlton Hotel is one of the most prestigious accommodations in Istanbul, commended by its clients, and provides an immensely luxurious stay. Rates begin at $375.

Istanbul has played an important role in history and the many changes it has undergone have rendered it an especially fascinating city to visit. Turkey is enjoyable for summer vacations, with relaxing resorts and beaches, and a pleasant environment.  Although the country is mostly Muslim, it’s important to know that the Turkish population is liberal and wish to convey this liberalism to the world, as a way of saying that all Muslims are not extremists, but are a people who have a heart readily open to others.

5 Replies to “Istanbul, a Middle East Treasure of Liberalism”