The city of Vienna holds enormous historical value, and touristic tours are so abundant that visiting all the places of interest could take years. Over 100 art museums exist in Vienna which has more than eight million visitors each year. Car rental in Vienna, Austria is greatly advised as it will aid in seeing, not only the sights of the city itself, but also the many surrounding attractions.

Care for a ballroom dancing? One of the remaining cities to still practice the marvelous custom of ballroom dancing, Vienna puts on hundreds of balls every year in prestigious locations such as the Hofburg palace. This cultural attraction draws millions of people yearly who take part in an enthralling atmosphere of ballrooms decorated with flowers and stunning dancers will sometimes waltz the night away.

Speaking of palaces, the Schönbrunn Palace with its incredible gardens is a must to visit in Vienna, one the greatest monuments in the country. After visiting this extraordinary Palace, access is readily available to the world’s oldest Zoo, which is named after it and is located close-by. Another delightful building to visit in Vienna is the Burgtheater — the Austrian national theatre which remains one of the most significant theaters in the German-speaking world. 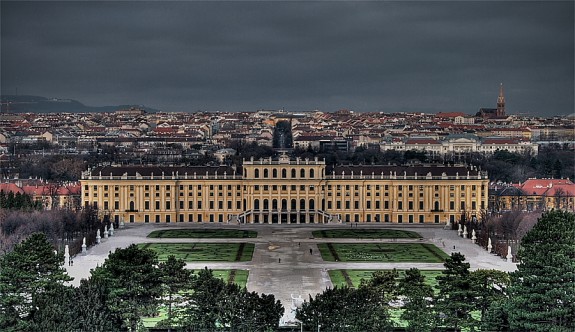 If you love horses then you will also greatly enjoy Vienna as horses remain today an important aspect of the city. Classical dressage of the Lipizzaner, a race of compact and muscular horses is put on demonstration in the Spanish Riding School situated near the Hofburg palace.

Vienna concerts are another prodigious asset of the city’s attractions. Considered for many years as the world’s center for music, it has seen pass through its streets the most famous compositors who ever lived – Wolfgang Amadeus Mozart, Ludwig Van Beethoven and Joseph Haydn are just a few of those who performed in Vienna. The Philharmonic orchestra of Vienna is an excellent representation of exceptional work in the world of music, and is often praised as being the finest orchestra that exists.

Many superb churches can be found in Vienna and among these is the St. Stephen’s Cathedral (Stephansdom).It is a remarkable construction that mesmerizes visitors and especially captures the gaze of onlookers by the magnificent stained glass windows located inside.

Packages and flights to Vienna Austria can be found in any respectable travel agency. The city is a famous tourist destination and affordable prices are often available.

Hotel Bristol Vienna Austria is a luxurious hotel renowned around the world for its exquisite rooms. Many international figures have been known to gather in the hotel lobby during their stay in Vienna. The prices start at approximately 233€ and can go up to 2 610€. Cheap hotels in Wien that are located in the outskirts of town can be found with prices starting at about 44€.  There are Budget hotels in the center of town, with higher rates, such as the Kolping Wien Zentral whose prices start at 65€.

Incredible ballroom dancing, many interesting museums, splendid palaces, exquisite Churches and breathtaking musical performances all await you in Vienna.  The winters of Vienna might be cold, but the hearts of the dwellers are warm and friendly as they draw visitors into the magical atmosphere of this famous city.

12 Replies to “Vienna – Austria Welcomes You To Ballroom Dancing”