The foods and cuisine served in the countries that border the Mediterranean Sea are some of the most succulent and nutritious dishes in the world. The well-known Mediterranean diet is recognised for its role in nourishing and keeping the body healthy.
A branch growing from the Mediterranean diet tree is a rich, wholesome and fresh diet known as the Middle Eastern Diet. The Middle East covers countries from North Africa to Asia and their cuisine is a culinary collection defined by history and tradition.
Many Middle Eastern dishes focus on plant-based foods as well as whole grains, healthy fats and freshly sourced fruits. Beans, lentils and veggies creep into many preparations creating a nutrient-dense diet that sponsors health and endurance. Here we explore some of the best Middle Eastern food and dishes and their growing list of health benefits.
Olive Oil 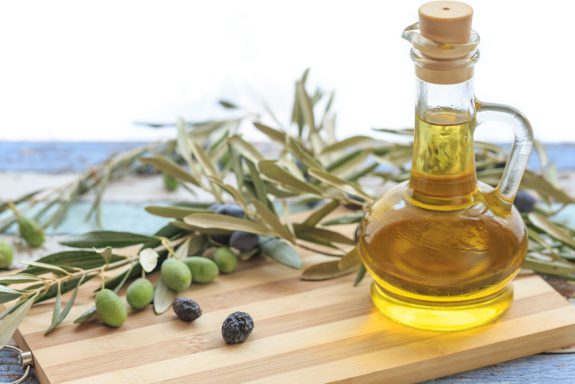 This is one ingredient that you will find in nearly every meal of Middle Eastern cuisine. It often replaces butter found in other culture cooking – butter is high in saturated fat and raises bad cholesterol so removing this ingredient can make a huge difference to your health.
Olive oil has been said to help reduce breast cancer and is the healthiest way to cook foods. Research is showing more and more that vegetable oils are extremely bad for the human body. Historically, Olive oil was a traded commodity and not just used in cooking but also used for religious purposes and for lamp fuel.
Hummus
One of the most famous Middle Eastern dishes is Hummas, otherwise known as the slight variations Baba Ghanoush, perfect for dipping and dunking. This is a simple combination of olive oil, chickpeas and ground sesame seeds and holds an intense creaminess. Baba Ghanoush is similar but arguably more nutritious, consisting of pureed eggplants, tahini and olive oil.
This rich and creamy dip is filled with plant-based protein, monounsaturated fats (the good kind) and dietary fibre. There are various other ingredients you can add to create a distinct flavour such as avocados, sweet potatoes, jalapenos and green chile. Try fresh and new hummus recipes for exciting and nutritious examples of the Middle Eastern diet.
Za’atar
This spice blend is the tomato sauce of the Middle East- it can be found with nearly every single dish. Many individual countries in the Middle East have their own spin on this blend, but generally, it is a mixture made up from thyme or dry oregano, the sour flavoured spice sumac, a pinch of salt and toasted white sesame seeds.
The majority of the nutrition comes from the seeds, these hold a mineral called manganese and this little miracle mineral encourages the body to process protein, cholesterol and carbohydrates. It is the toasting of the seeds that releases the minerals. You can often find the spice mix stirred into a salad as a dressing or served up with olive oil for naan dipping.
Why is the Middle Eastern diet so healthy?

The origin of many dishes comes from what was traditionally offered in the marketplace in the historic Middle East. Back then, there was no processed foods or heavily fried cooking styles. When meat is eaten, it is chicken, beef and lamb and it is often skewed and grilled as kebabs, an extremely healthy way to cook meat.
As well as these meats, the Middle Eastern diet is made up of yoghurt, cheeses and legumes, which make up the rest of the healthy protein needed within the diet. Foods are very often sweetened with honey or dates rather than white sugar which is much better for your health.
Food is very important to people within the Middle East and many parts you will find that the food is scarce. This encourages the Middle Eastern culture that food is sacred and it often contributes to portion control and not wasting food attitude.  Food assistance can be provided to Syrian orphans through sponsoring families living below the poverty line.