Whatever you can do or dream you can, begin it. Boldness has genius, power and magic in it wrote Goethe. Germany has many attractions to offer; whether you want to visit historical sites, museums or just walk the streets of Berlin and see its fascinating people, here is a list of places to go and see on a budget.

Pieces of this symbol of division still remain in Berlin. Take a guide and learn about how East and West Germany existed as two different entities from 1961 until 1989. You can also buy a little souvenir in the form of pebbles from the wall to take home with you. 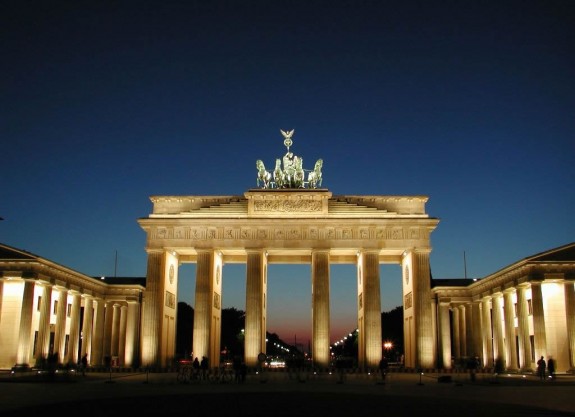 The best time to visit the Brandenburg gate is at the end of the spring or early summer. This landmark is an entry to the boulevard of linden trees. Just imagine the scent given by the trees! The gate was built in the 18th century and its original design was based on the gateway to the Acropolis in Athens.

This peaceful city served as a temporary capital of Germany from 1949 to 1991. It is the birthplace of Ludwig van Beethoven and there are plenty of things to do here: sightseeing, museums and boat rides on the river.

Get the family, hop in the subway and get off at the Zoo station. Have a whole day of fun at one of Europe’s largest Zoos. See the penguins, marvel at the grey wolves and catch a glimpse of over 9,000 species of animals and fish at the Aquarium.

The Reichstag historical building in Berlin began being built in 1871 and was finished in 1894. It was badly affected by a fire in 1933 and was renovated to its current state in 1999. Its most impressive feature is its dome, made of glass, which offers a 360-degree view of the cityscape. The Reichstag tour will provide you with valuable information about Germany’s second most visited attraction.

The Spree River is home to Museum Island, a place where five of Berlin State Museums are located: The Old Museum, The New Museum, The Old National Gallery, The Bode Museum and The Pergamon Museum. The complex was added in 1999 to the UNESCO listing of World Heritage Sites.

Ludwig II used the palace of Versailles as inspiration for his castle. The Baroque and Italian style gardens are said to be mesmerizing. For a small fee, a tour guide will explain its history let you in on a few secrets of the place.

The largest gothic cathedral in Northern Europe, the Kölner Dom took a staggering 632 years to complete (things were moving slow back in 1248 when its construction started). Admission is free and climbing up to the tower is only € 2.50. This cathedral, some say, is protected by a divine power. It was bombed numerous times during World War II, but it remained intact.

If you’re in Frankfurt, stop by Goethe’s house to see the desk where he began writing Faust. He lived there until 1765 when he decided to move to Leipzig to study law.

Get to know more about the horrible things that happened during the World War II. This concentration camp was the first of its kind built in Germany, serving as a model for the ones that followed. Over 200,000 prisoners were registered and more than 31,000 deaths. Say a prayer for all their souls here at the Dachau Concentration Camp.